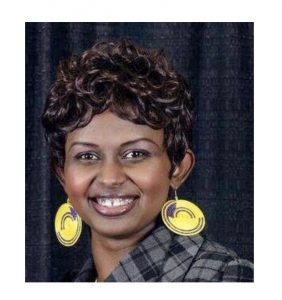 Nina is the Executive Director of the Elmwood Community Resource Centre (ECRC) since 2014.  She serves as Co-chair of the Inclusion & Civic Engagement sector for the Immigration Partnership Winnipeg (IPW). She developed a brief on the experiences of newcomer women and girls in Manitoba in partnership with the Manitoba Association of Newcomer Serving Organizations (MANSO) in response to the invitation from the House of Common Standing Committee on Status of Women’s study on “Violence against Young Women and Girls”.Prior to her role at Elmwood Community Resource Centre, She was as an instructor within the Applied Counseling Program at Red River College for four years. She managed a Women’s domestic violence prevention program for Five years which allowed her to mentor people from various organizations and to work closely with other organizations through policy recommendations, Clinical consultation, program development and facilitation.

She is passionate about community development, advocacy, and empowering individuals, families …her philosophy is “it takes a community to build, raise, and heal families while supporting the growth, liberation of everyone.” She is a wife and a proud mother of two boys. She is Canadian with Rwandese heritage, her life experience both locally and internationally has inspired her desire to dismantle racism and oppression. 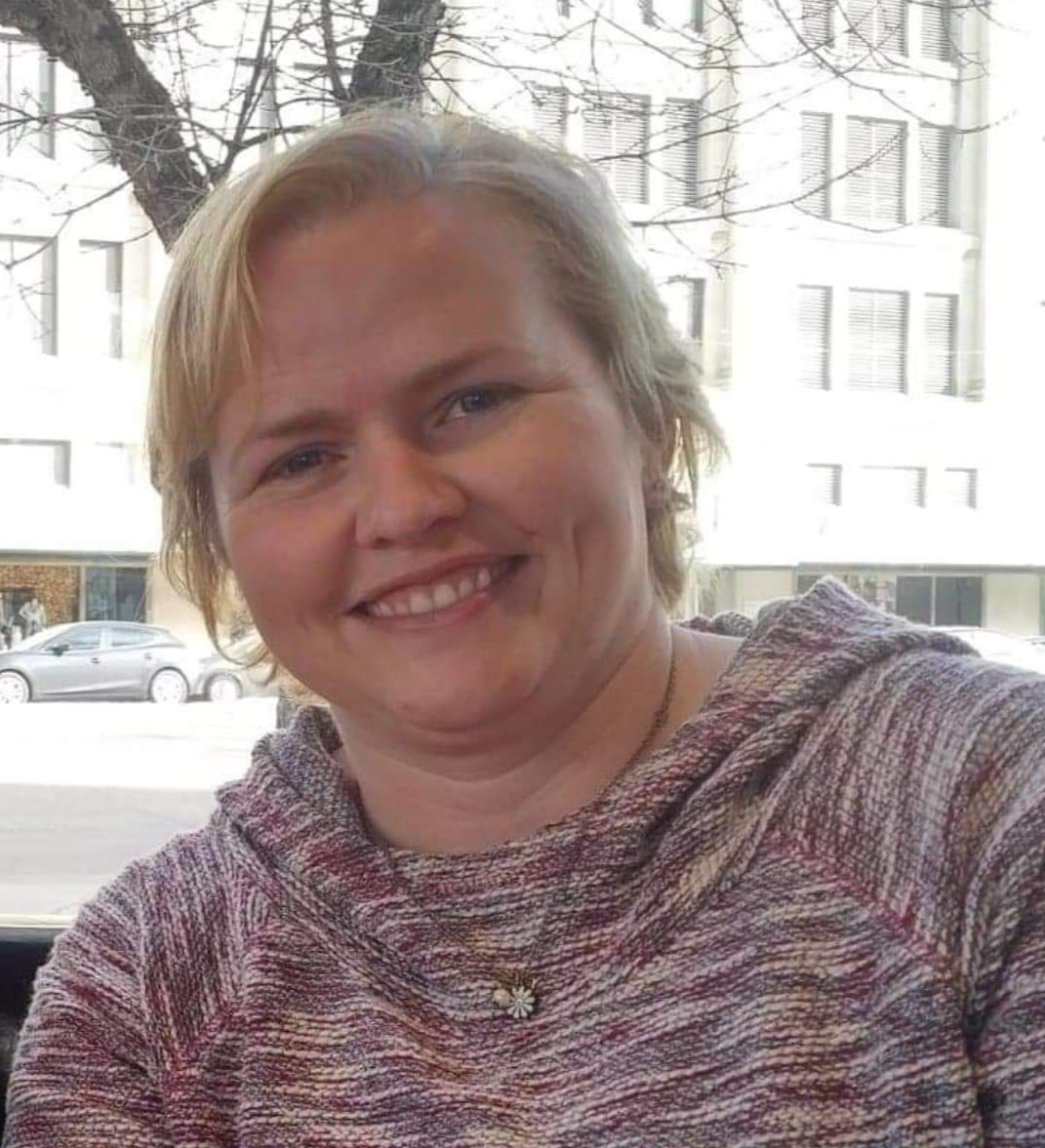 Cathy Dowd has been the Program Director of the Portage Learning and Literacy Centre for the past six years, overseeing programs for Settlement, Language Training, Employment, and Skills Training & Work Experience (for youth). Prior to this, she was the Executive Director of the University of Manitoba Students’ Union for six years, overseeing the operation of six major on-campus businesses and over 35 different services and programs, which encompassed a $16 Million budget and employed 30 full-time and over 175 part-time staff.
Cathy was previously on the Board for MEALO (2015-16), serving as Secretary, and then joined the MANSO Board for its inaugural year (2016), continuing to serve as Secretary. Since 2017, she has been on the Board for English Online, serving as Secretary for the past two years. She is currently a member of MANSO’s Professional Development Committee as well as the Employment and Entrepreneurship Working Group of the Portage Local Immigration Partnership.
Cathy has extensive organizational and program management experience and is a strong believer in continuous learning. She holds a B.Sc. degree and a B.A. degree from the University of Manitoba, as well as a Certificate in Management and Administration (CIMA) through the Canadian Institute of Management (CIM).
Cathy is honoured to serve on the MANSO Board again, as she recognizes its significant role in
supporting members through communication, networking, and professional development activities, as well as acting as a strong voice for the Manitoba settlement and integration sector. 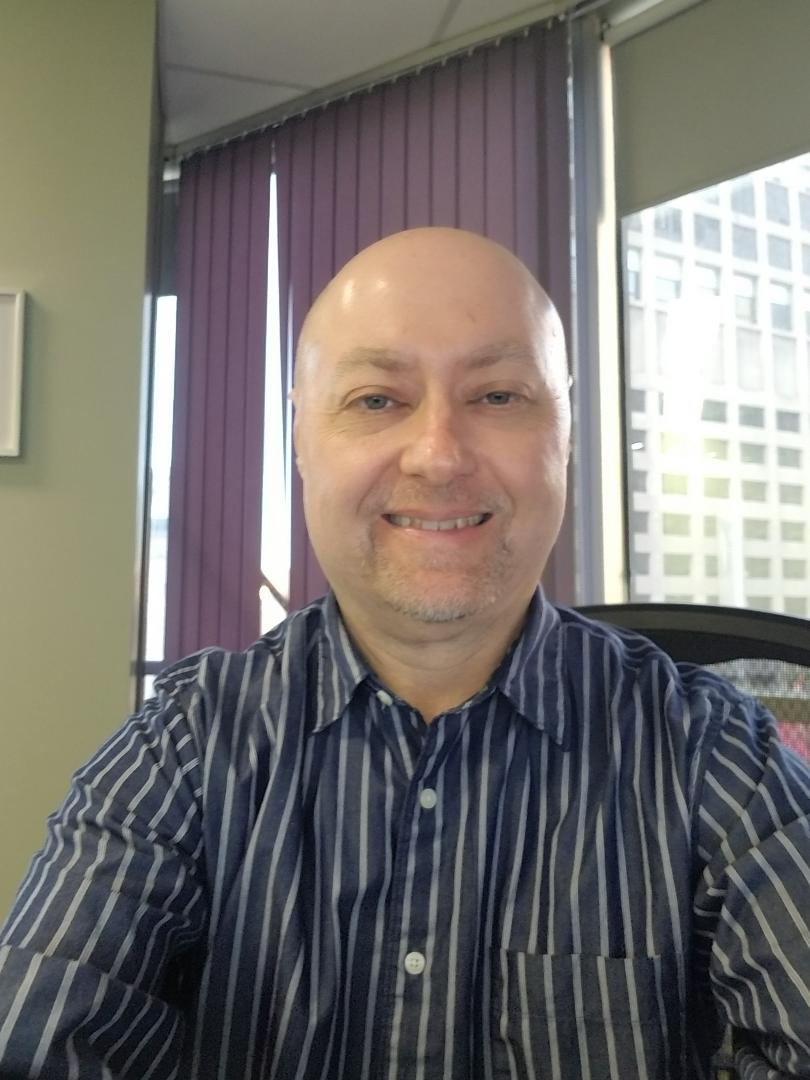 I first went down the path of settlement in Japan. There I taught English to Japanese citizens wishing to travel abroad for work or study. When I came back to Winnipeg I felt the need to continue on that path of helping newcomers succeed in Canada. I attended the University of Manitoba CTESL program and from there taught at, what was then known as the Victor Mager EAL program out of the Rene Deleurme Centre in St. Vital. After that I was fortunate enough to get hired on as a language assessor at WELARC. Working as a language assessor gave me a new perspective on what newcomers have to deal with when settling in Canada. Being on the Language Advisory Group with MANSO has given me a different angle from which to view settlement. 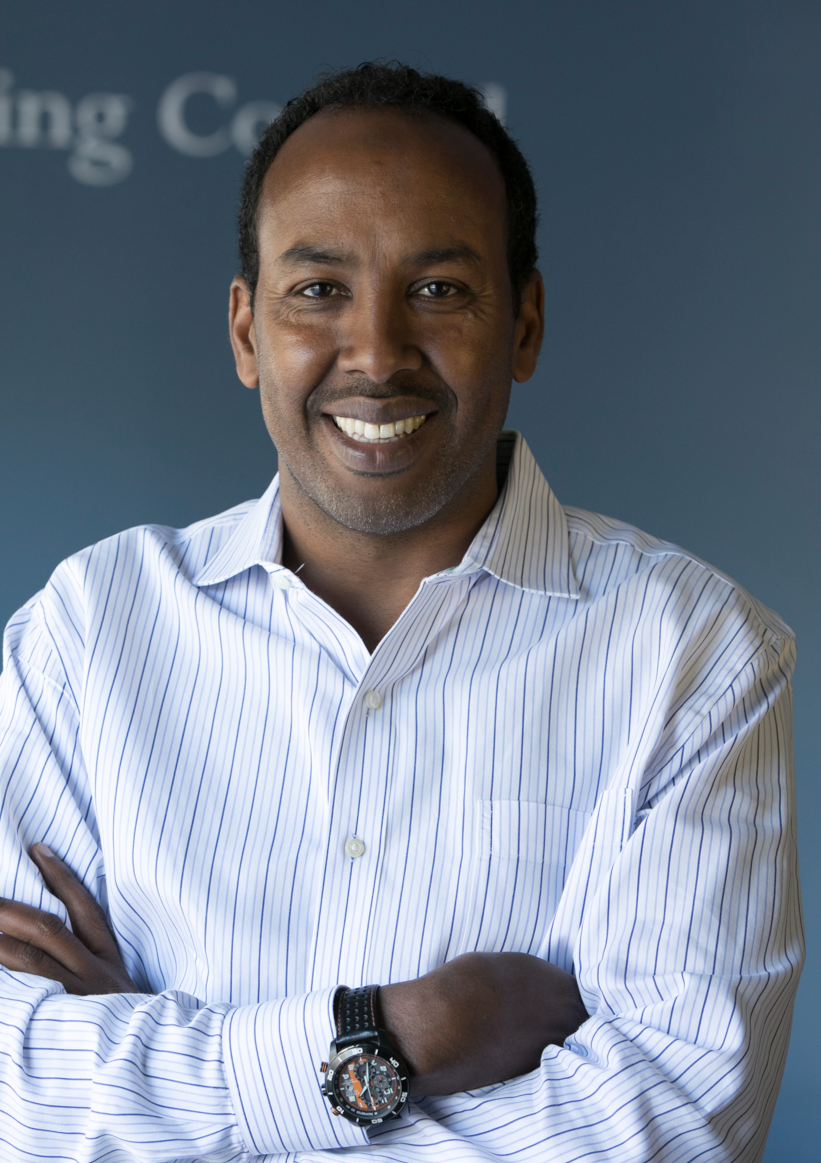 Abdi has extensive experience of the front line as well as leadership of the sector. He brings significant connections in the newcomer community, the three levels of government and a diversity of other stakeholders. He is well versed with federal and provincial immigration policies and is a well-regarded advocate for newcomers in Canada. He has served on numerous boards and committees and has been recognized for his work advocating for new Canadians. He has also been actively involved in a number of initiatives to bring positive change to the local community in Winnipeg as well as in Canada and internationally. Has lived in Winnipeg for the last 17 years since immigrating to Canada and been involved in local initiatives to bring about positive change to the community at a number of different levels. 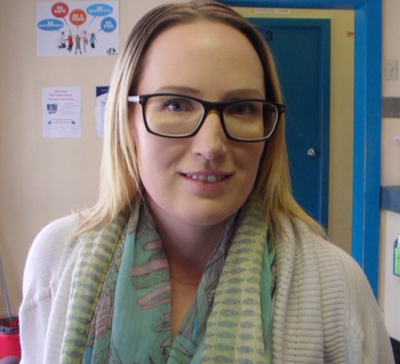 Jennifer Tomsich is a Senior Psychosocial Advisor at Newcomers Employment and Education Development Services (NEEDS) Inc. Jennifer has worked at NEEDS Inc. for over 10 years in a variety of roles and capacities over the years by providing direct support, facilitating programming, program development, program coordination and overall client support to immigrant and refugee children, youth and their families. Jennifer currently holds a Bachelor of Social Work and is expected to graduate with a Master of Social Work in 2021. Jennifer is currently a member of the MANSO Health Working Group and also an executive member of the Gang Interagency Action Network (GAIN). Jennifer also previously involved with Youth Agencies Alliance on the Programming Committee and Friends of Sherbrook Pool. 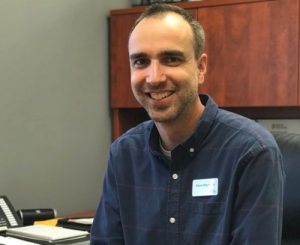 Steve has been working in the sector since 2007, beginning as a LINC and English at Work instructor for Regional Connections before moving into the role of Workplace and Employment Services Coordinator in 2012, Language Program Director in 2017, and Executive Director in 2018.  Steve is a trained Diversity and Intercultural Facilitator who has delivered presentations and workshops to a variety of audiences at conferences, in workplaces, for community groups, and in schools. He has also presented on EAL and settlement at various conferences hosted by IRCC, MANSO, TEAM, and HCC. His original passion for teaching and learning (MA Educational Studies, Providence Seminary) has evolved through his experiences of living and working in Osaka, Japan for two years, working with newcomers to Canada for the past 10 years, and settling in small-town Manitoba himself, into a vision for building healthy communities together through settlement, integration, and successful community partnerships.  Steve’s three young kids have also drawn him into various community roles including sports committees and coaching 5-7-year-olds in baseball and soccer. 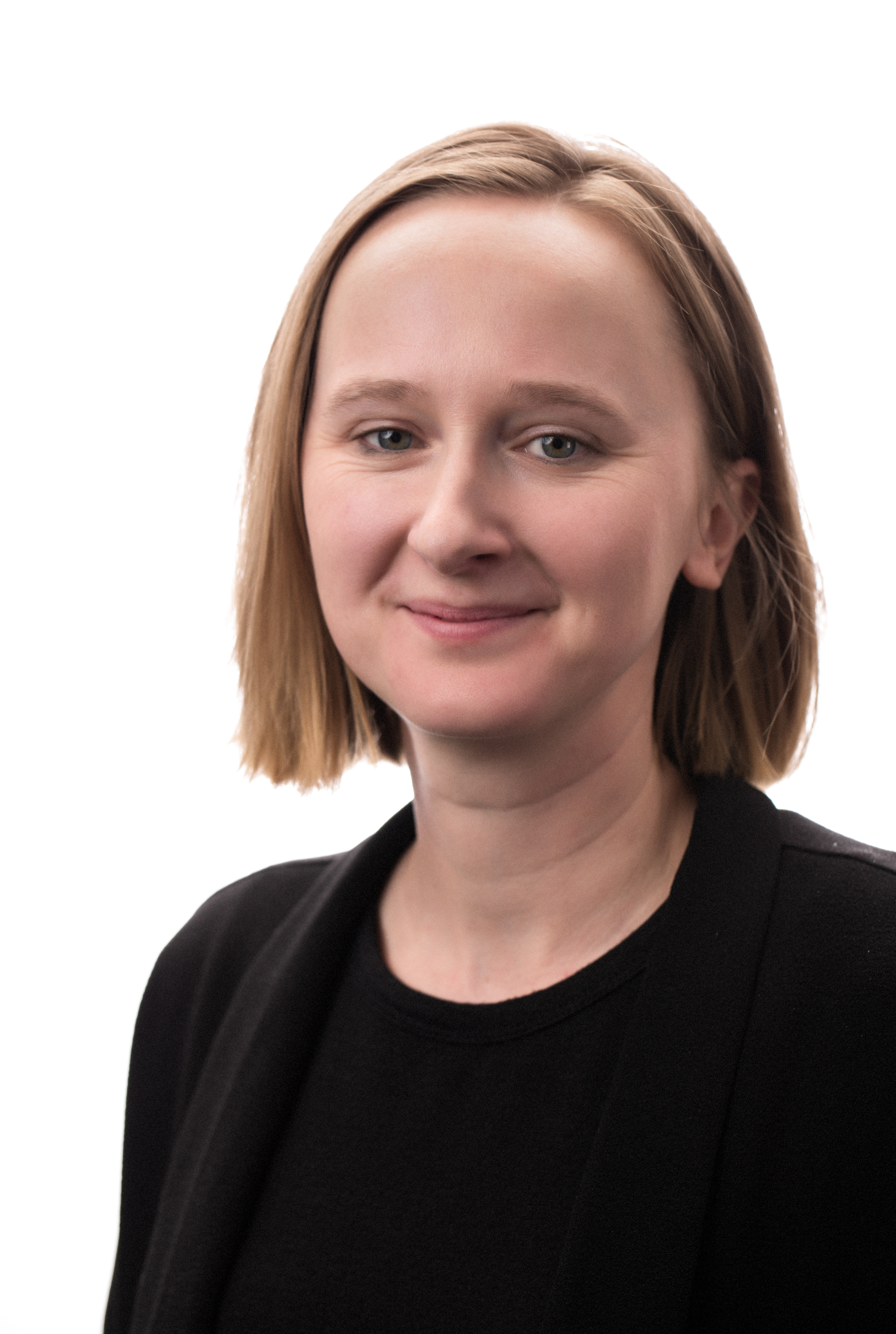 Codi Guenther started working in the settlement sector through her practicum at IRCOM in 2008 after graduating from CMU with her BA in Peace and Conflict Transformation Studies.  From there, she moved on to working at New Journey Housing, first as a receptionist, then housing counselor and now currently as Executive Director.  Working in various positions has given Codi 10 years of experience meeting with individuals and families as they work their way towards making Winnipeg and Manitoba their new home.  Codi has been the chair of the MANSO housing committee since 2013 and works hard to bring forward the various housing needs of newcomers to the Right to Housing Coalition, MB Non-Profit Housing Association, and other housing advocacy groups.  Codi spends non-work time hanging out with her partner and 2 kids in their west end neighbourhood. 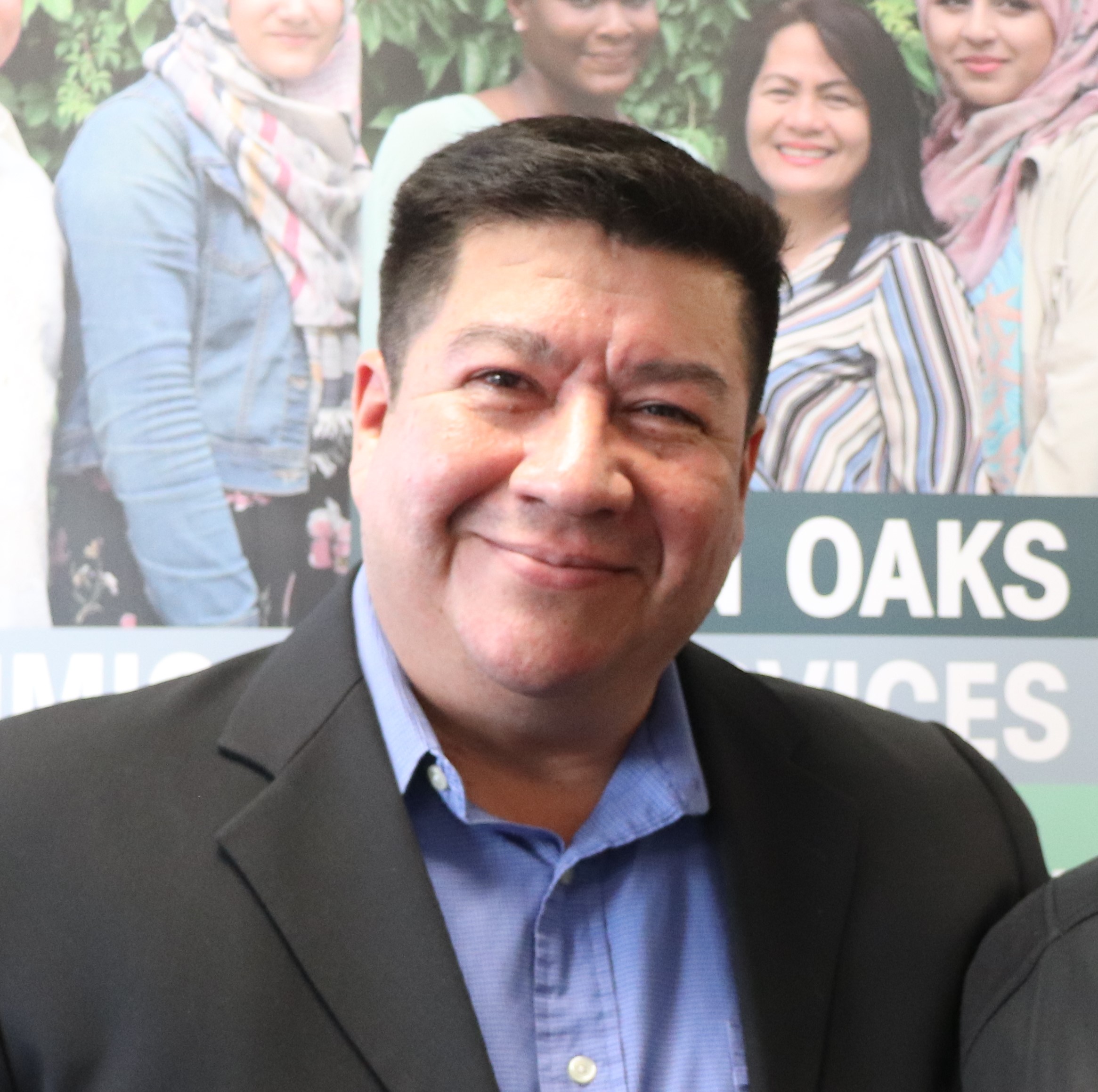 Board member & representative on CISSA-ACSEI
BIO

Jose came to Canada in 1988 as a new immigrant from El Salvador. He has spent over 20 years working in the settlement sector. While at A & O, Jose worked as a Liaison Worker for the senior ESL classes, and as a Senior Centre Facilitator where he set up a computer lab at a community centre. He is the point person for SOIS for technology access and training for both clients and staff, including digital literacy classes, advanced computer, and social media sessions. The last 10 years he has worked at Seven Oaks Immigrant Services and is currently a Coordinator. Jose leads our community partnerships and zone work, and supports SWIS, community connections, employment, volunteering, skills building and language classes both formal and informal. He is a community leader, who enjoys volunteering. His involvement as a volunteer has included the Refugee committee at St. Ignatius Church, Pan Am Games, past president for the Salvadoran Association and Coordinator of the El Salvador Pavilion. 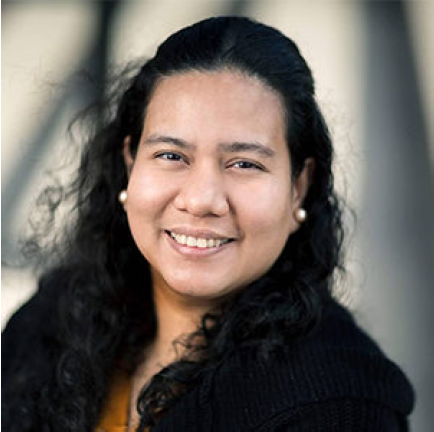 Roselyn Advincula is the Director of Settlement Services at Immigrant Centre. She is originally from the Philippines.

Prior to this, she was the Neighbourhood Immigrant Settlement Workers coordinator and the ZONE coordinator in Winnipeg. Over the years, she worked with many partner agencies and mentored settlement workers in the city. She developed the Share our World program, which is a cultural adaptation literacy program.

She also works as a group facilitator at Aurora Family Therapy Centre, where she initiated and co-facilitated community groups such as Girls Inspiring Girls, Newcomer Youth Leadership, Women’s group, Create Program and more.

Roselyn is a social worker by profession and by heart. She recently completed a Certificate in Ethics and Contemporary Social Issues; Immigration and Integration through St. Paul University in Ottawa by the N4 Program. She is currently taking a Certificate in Community Capacity Building through the support of Booth University in Winnipeg. She was nominated for the YMCA Women of Distinction Award for two years. She is nominated for the Pasasalamat Award in the Immigration and Settlement category. She became a member of the Manitoba Advisory Council on Citizenship, Immigration and Multiculturalism. She loves building relationships and is passionate in multicultural learning and cultural humility. She co-organized numerous newcomer events, which welcomed more than thousands of newcomers through the years. Roselyn loves to connect and learn from everyone from all walks of life.  She believes that “We learn and grow by listening and connecting.” 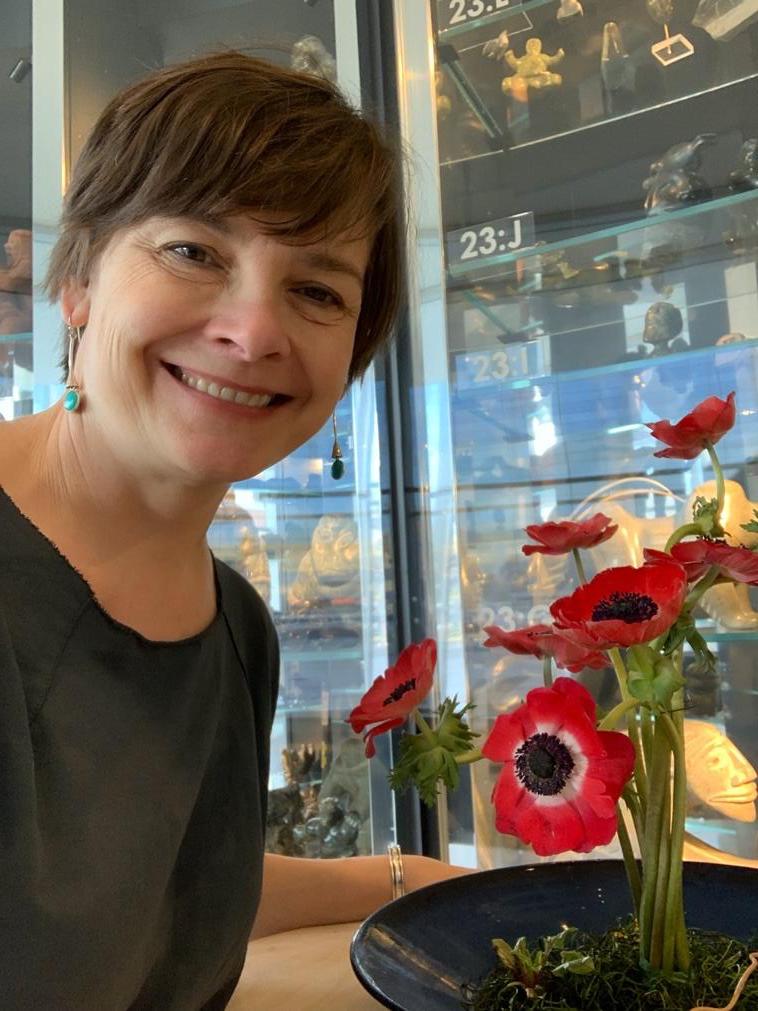 Angela has been closely connected to immigration throughout her life in various ways. While she lived and worked abroad, she has gained perspective and appreciation on what it is like living in another country, navigating a different culture, different weather and doing so in new languages.

After returning to Manitoba, Angela has been involved in all aspects of settlement locally, namely, employment, newcomer language education and cultural bridging. Angela is passionate about intercultural competency. She worked on multiple projects focused on EAL and culture curriculum development with partners including McLeod Adult Learning Centre, River East Transcona School Division; Adult Language Training Branch and the Provincial Nominee Program, Province of Manitoba; various health professions and the Faculty of Agriculture, University of Manitoba. Angela is also strongly committed to innovation, flexibility, equity, and accessibility in education. Since joining Red River College Polytechnic in 2016, she has led academic reviews and education-in-community initiatives gaining firsthand experience and knowledge on barriers to education in educational systems themselves. Currently, Angela is the Director of Newcomer Pathways at the Language Training Centre where she lends her expertise and knowledge to help build better programming for all newcomers based on their goals and needs.